One of the best FPS VR games made to date is without a doubt Pavlov VR. Created by a sole developer Dave Villz this game has taken the VR community by storm. There is an endless stream of hilarious meme-worthy videos spawning from the game such as the infamous Russian roulette and duel videos. The game’s mechanics are some of the most fun an interesting that I have seen in virtual reality to date. 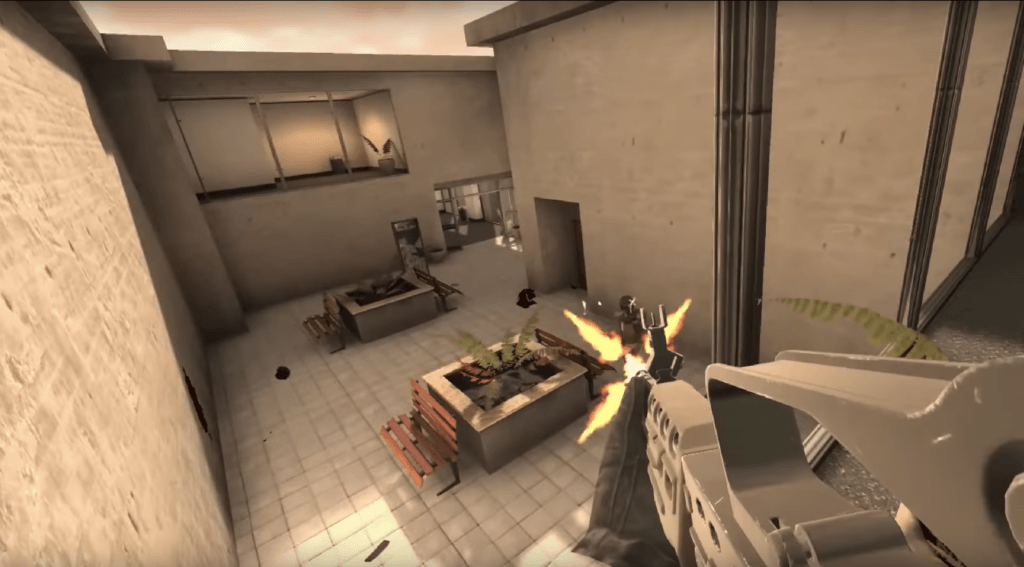 Overall the game plays very similar to Counterstrike: CSGO with deathmatch and search and destroy objectives. The key difference is that the game was made for VR and has unique features such as having to manually load ammunition as well as pull back the slides to cock the gun. This makes the game that much more challenging, but so much more fun.

Since I started playing the game I’ve noticed that unlike CSGO the community is overwhelmingly more positive and take the games less seriously. I’m sure this completely depends on the luck of the draw as well as the gameplay type and age of the players. I found myself sinking hours into the game just enjoying the ability to throw a knife, or pick up two different guns and run around like Rambo.

You will often find players running around the game and meeting up with other players, sometimes on opposite teams, to create mini-games using their own creativity or just to goof off. Being able to use your arms as you would in the real world, waving to others, or dropping your weapons and yelling, “Don’t shoot!” over the mic, creates an atmosphere that you just can’t get anywhere outside of VR.

Pavlov VR is generally a fast-paced competitive shooter but introduces some hilariously interesting moments. If you haven’t had the pleasure of playing this game and love games like CSGO, you absolutely must grab a copy which sells for under $10. An absolute steal. The developer also has a lot of ambition and releasing some amazing updates including kill cams and enhanced weapon features. This is without a doubt going to be one of those timeless classic VR games like Counterstrike was for the PC.

What are the funniest moments you’ve seen in Pavlov VR? Post in the comments below.

Get VR News Straight to Your Inbox!