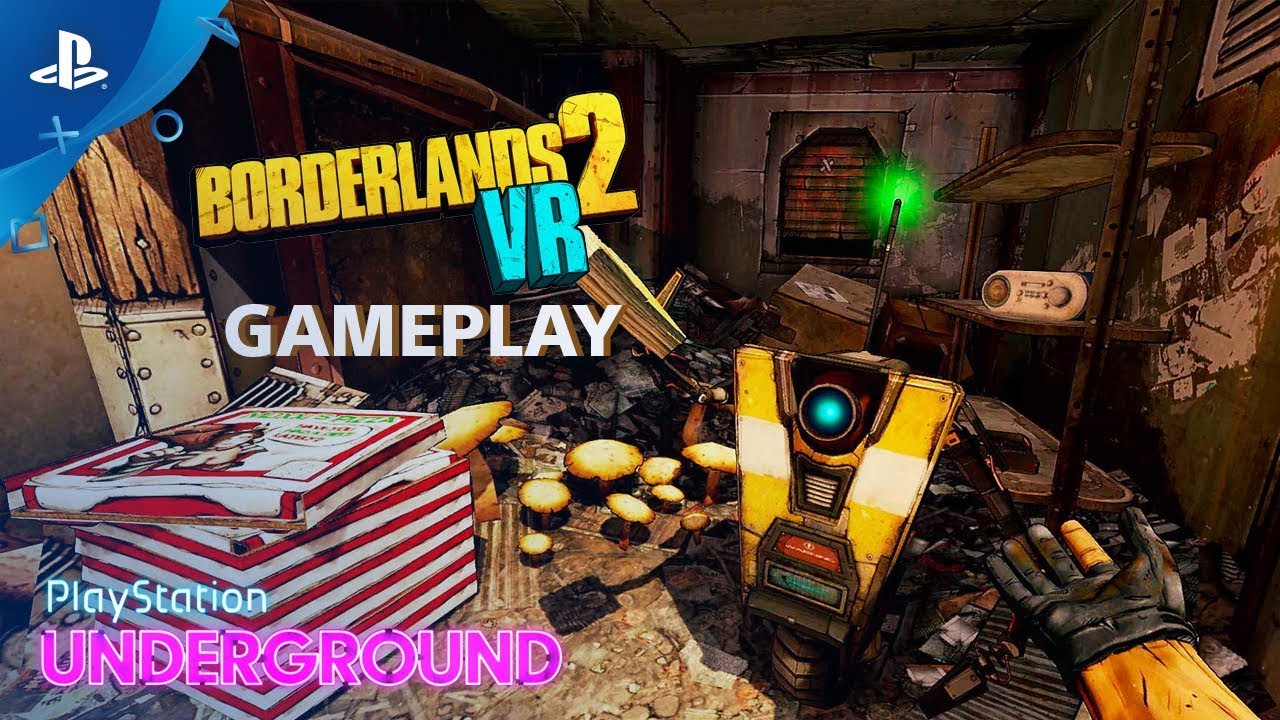 , has finally made an appearance on VR – and it’s a blast to play.

Part of a series of ports of previously released titles to VR, Borderlands 2 isn’t a slapdash effort but there are some quirks that might turn off players weaned on the traditional game.

Coming out all the way back in 2012, Borderlands 2 uses cel-shaded graphics that give it an almost timeless quality. That’s to say that you won’t notice its age and, really, it won’t matter. The graphics translate well to VR and this matters a lot when it comes to bringing that same gameplay and feel to virtual reality.

One of the few games on Steam to receive nearly universal acclaim, Borderlands 2 is quite the project to bring to VR. Keeping that in mind, early reviews are pointing to it being a must-have title.

Right off the bat, Borderlands 2 doesn’t try to shoehorn its experience into something else. Movement is a big deal in VR games, and especially in first-person shooters. How players move around can really impact the game. There are typically two major approaches to control in VR: free movement with the joystick and the teleport-to-location method – what I will call the zipline.

The zipline is what most games used in the beginning. Not only is it simpler to pull off but it is also much easier to execute in VR. As devs have become more comfortable with the tech, free movement has started to gain in popularity. Borderlands 2 for VR uses both methods of movement in what can only be called an excellent compromise between the two options. This is because Borderlands 2 can involve as much exploration as it does gun fighting. Giving the player options for immersion allows them to engage with the world in the fullest sense as the game intends.

Aiming is controlled by the player’s line of sight and quick turns are enabled with a push left or right on the stick. Most everyone seems to agree that this results in a natural-feeling game and that the controls are intuitive.

That said, one nagging issue is that the teleportation movement mechanism seems to be context dependent. But it doesn’t tell you when and when you cannot use it. This results in an uneven experience, especially in moments of desperation. It legit just ignores you. Outside of controls, the graphics can be wonky at times and it is also difficult to read in-game menus. These aren’t game breaking issues by any stretch but they are frustrating, especially when you consider the perfection that is the mainline game

All in all, Borderlands 2 for VR is an experience most fans of first-person shooters should try. As VR gets settled into its own there will more and more experiences that are made just for it. But, for now, these ports of popular titles from other platforms is a more than welcome addition to the library of titles for VR.

Is the Future VR and Cryptocurrency?

Comments on Borderlands 2 Comes to VR