One thing we love about rumors is that they are often a mixture of dreams and possibilities. That’s kind of what today’s rumor about the PS5’s virtual headset is and, if it is true, it really does represent a bit of a game-changer for VR as a whole. We have to preface all of this with this disclaimer: The PS5 isn’t really definite in a lot of ways and its VR headset is even less defined. Because of that, a lot of people are putting all of their hopes and dreams into it and that is reflected in some of the rumors about it.

Nonetheless, this one seems legit so we’ll go on ahead and spill the tea: Reports indicate that the PS5’s VR headset will come with built-in cameras as well as augmented reality capabilities. The first one is not terribly surprising as we’ve heard that before, but the second one is something new and, frankly, weird.

The patent describes the AR cameras being used to create a “transparent viewing area” according to Extreme Tech. The website compares it to the Oculus Quest’s four AR cameras which are used to alert users to when they are about to run into the wall or real-world objects. But Sony’s system only has two cameras as opposed to the four in that implementation so it isn’t clear if the usage will be the same.

Interestingly, the next PSVR will be able to work with or without a cable which is a real boon for some gamers. It is speculated that this works through Bluetooth or some other wireless method though that mechanism isn’t exactly clear yet either.

What do we know for sure about the PSVR? Well, one of the biggest things that we know is that the current model will be compatible with the PS5 and all of its games will also work on the next-gen headset. As Extreme Tech highlights and a sentiment with which we totally agree, that’s a smart move on Sony’s part.

It’s also not out of character for the company given that backward compatibility with the PS4 is a core feature of the next-gen PlayStation. Given how stellar the library of games is on the PS4, that is a pretty smart move on their part as well.

As we’ve reported in the past, Sony has decided to stake a lot of its gaming and entertainment future in the VR segment which is why a lot of people are expecting some magical things with the next PSVR headset. Sony’s optimism is matched by market analysts who see VR growing at a steady pace over the next decade in general and with particularly explosive growth possible in the gaming segment.

A recent rumor that Microsoft might be getting into the VR game with its own Xbox headset probably has the team at Sony working that much harder to make sure the upcoming PSVR headset is extra special and when we get some more concrete information, we’ll be sure to tell you all the details. 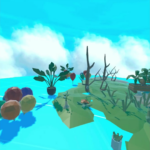 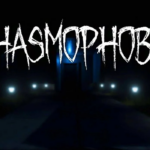